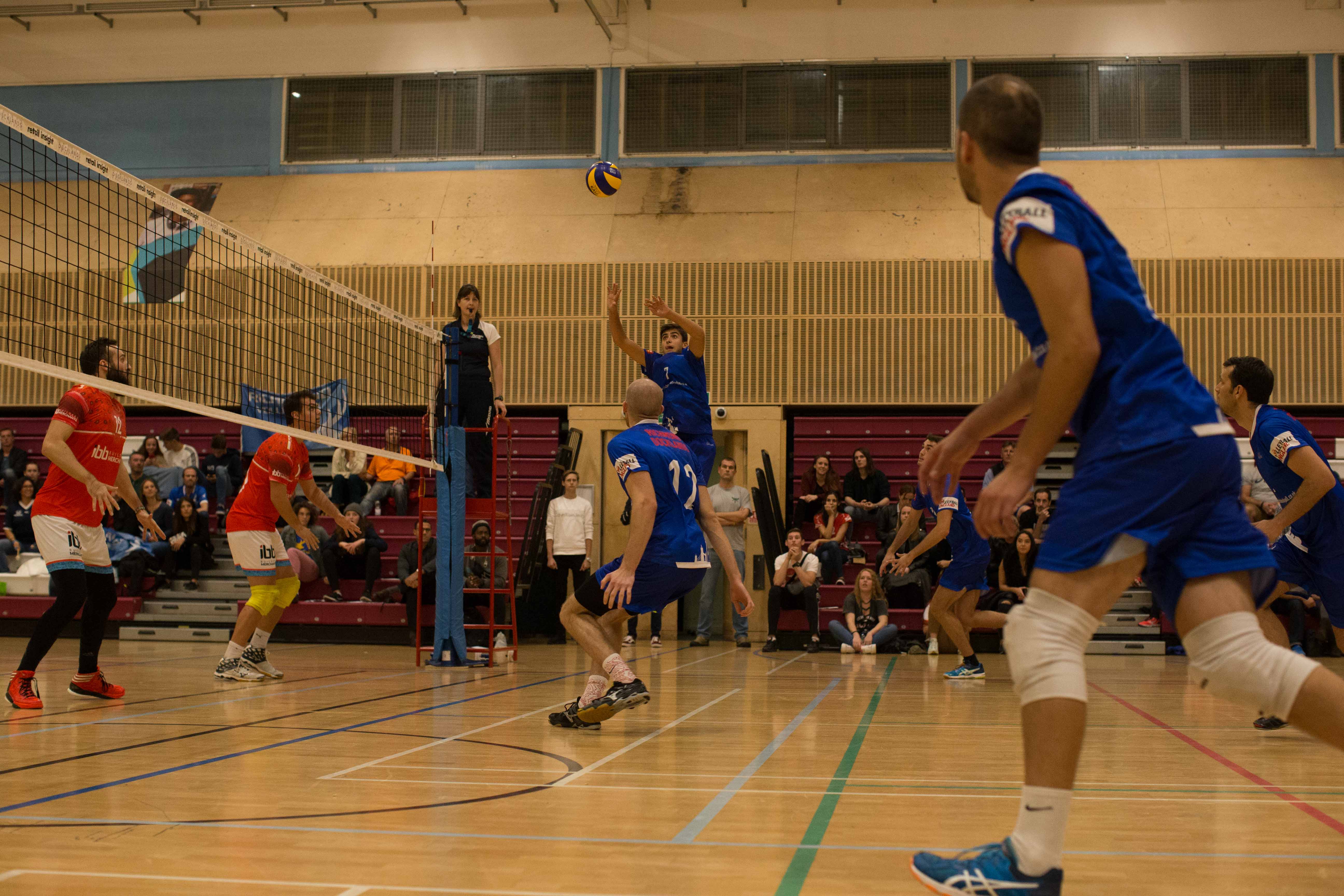 With just eight teams in England’s top flight, the fixture list is always going to play havoc for coaches and players alike when trying to sustain momentum throughout a long season with relatively few games.

On Saturday morning when Richmond Docklands set foot on the University of East London’s court to take on London Lynx in Super8s action, it had been a full three weeks since the team’s last competitive fixture.

Due to varying reasons from injury and school closures to family and work commitments, some of the playing squad hadn’t even seen each other since the 3-0 victory over TeamBU Wessex on 14 October, let alone trained together.

Despite this headache, and the slight concern of only being only able to field seven fit players – many of whom were very far from 100 per cent themselves – coach Luis Bello asked the players to continue the momentum built in September and October.

Richmond Docklands dragged themselves from the wonderful UEL court some two and half hours later with a hard fought five-set victory over an impressive and improving London Lynx side.

An early first serve just after midday caught both teams cold but it was Richmond Docklands who were the more clinical side in the first set. Playing a brand of volleyball that was impressive in its ruthless efficiency and effectiveness, matched by an error-strewn Lynx performance they won’t remember fondly, Richmond Docklands took the set easily 25-14.

With the initial burst of adrenaline gone from both teams, the second set took on a different feel altogether.

Lynx settled into the set beautifully and seemed determined to not repeat the mistakes of the first set, while Richmond Docklands began to lose their rhythm. As the teams traded points, Lynx got their noses in front. With the Lynx lead at 21-17, it seemed all hoped was lost for Richmond Docklands, but a fortunate series of self-inflicted errors brought the newly-formed club level at 24 – two points later Bello’s boys were two sets up.

Although Richmond Docklands were sitting on a two-set lead in the match, it was anything but comfortable and the sense in the arena that the momentum of the match was turning in Lynx’s favour was palpable.

The Richmond Dockland’s players must have felt it too and spent the entire third set trying far too hard to arrest the decline, which resulted in an absolutely incredible display of self-inflicted errors.

Footage of the third set will certainly not have the archivists at the Volleyball Hall of Fame ready to spring into action.

However, the fourth set represented a subtle shift in the momentum of the match once again. Although Richmond Docklands found themselves down by four or five points at various times during the set, they drew level twice and ended the set wondering how they hadn’t won the match and taken all three points back home.

Suffice to say Lynx must have been thinking the exact same thing.

With the momentum edging back towards even, or even tipping towards the visitors in blue, the fifth set tiebreak followed the form of the first set. Richmond Docklands played simple, efficient volleyball and Lynx found themselves under serious pressure.

Taking the ‘turn’ at 8-4 ahead, Richmond Docklands built a 14-11 lead and the victory seemed assured. Lynx fought hard to even the match at 14-14, but a professional side out and a Lynx hitting error ended this thrilling yet unspectacular contest in favour of Richmond Docklands.

Head coach Luis Bello commented after the match: “Of course, it’s fantastic to get another victory, and the two points will be very important at the end of the season table, but we can’t pretend it was a fantastic performance. It wasn’t. In fact, we are extremely lucky to be walking out of here with any points at all.

“We brought nine players to the game today, but our two subs were there for emergency purposes only. Of the seven who played the match, I think only one or two were injury free themselves.

“It was battle out there and it wasn’t pretty for the spectators, but our team showed that the will to win and that is very important. We will continue to work hard and can’t wait to get back to play again to correct the mistakes we made today.”

Richmond Docklands next match is this Saturday at Kingston arena in the third round of the Cup against surprise outfit Womborne. First serve is at 17:00.

The club returns to Super8s play on 18 November against fellow London-side Malory Eagles. The Tooting-based club has been a perennial rival of Docklands, with the two clubs trading league championships and cup victories for the better part of two decades. That match also starts at 1700 at Kingston Arena.