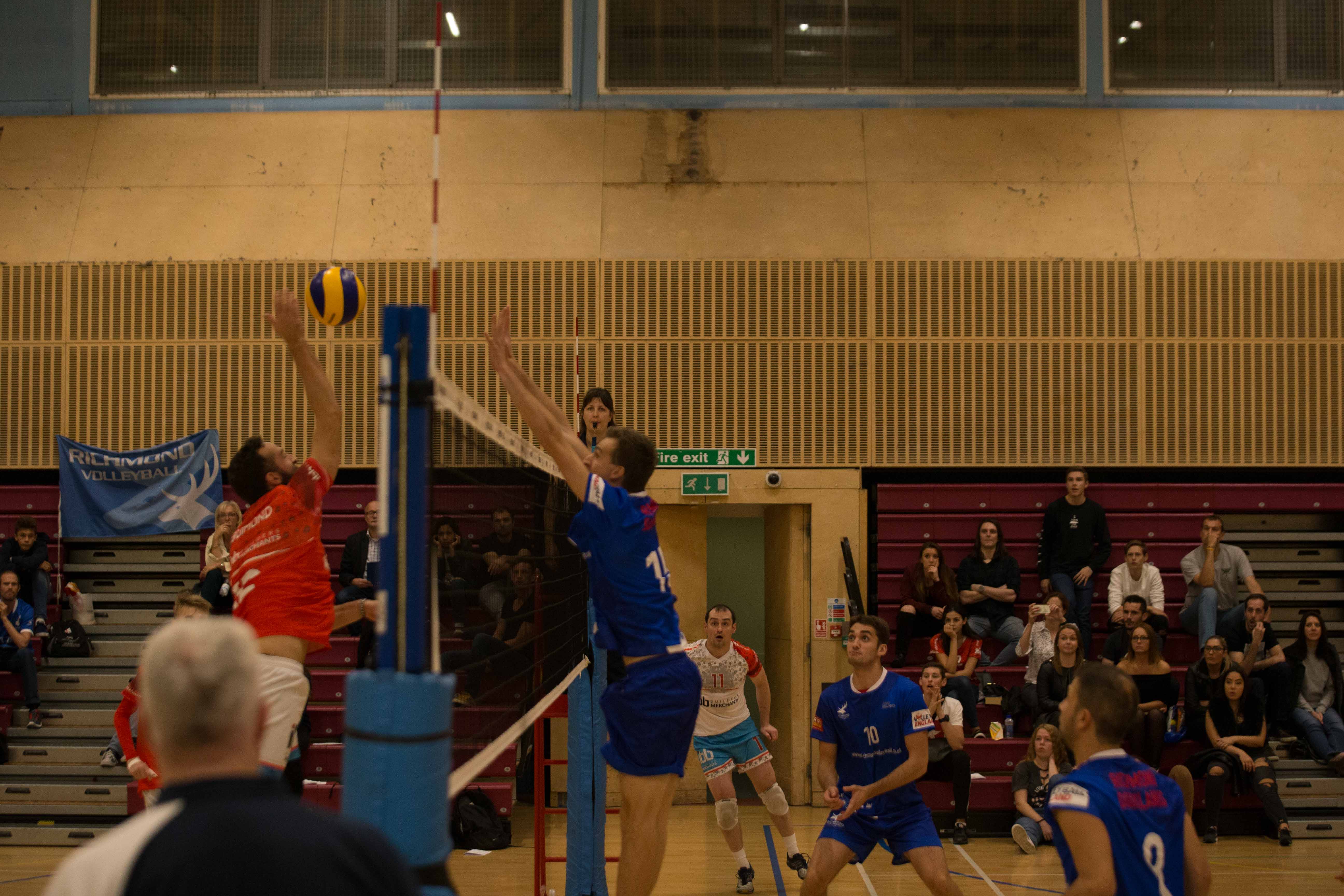 Richmond Docklands reached the quarter finals of the National KO Cup for the first time in three seasons after a comfortable 3-0 win over non-league Wombourne. The visitors play in the West Midlands local league and had knocked out national league opposition in the first two rounds of this year’s competition. Therefore, Ruth Hoyoake’s side travelled in the hope of doing some more giant killing.

However, any hopes Wombourne had of another upset were quickly dispelled with Richmond Docklands taking an early 13-4 lead. Strong serving by French duo Mathieu Ras and Flavien Hias was too much for the Wombourne passing unit and the home side ran out easy winners 25-9.

With a crucial Super8s London derby against Malory Eagles next weekend, Richmond Docklands might have wished for a tougher test but Wombourne were unable to provide that. This was clearly demonstrated by the 25-6 scoreline in set two. Richmond Docklands had reduced their error count in the second set and took it in just over one rotation.

Last weekend’s Super8s victory over Lynx had seen a threadbare Docklands limp home with half the team struggling with injuries. So the return of Dankielson Westphal from injury, just in time to face his former team next weekend, will be a welcome sight for coaches Luis Bello and Andy Hopper. Westphal made his presence felt during his short time on court and will no doubt play a key role against Malory.

The third set followed a similar pattern to the first two but on this occasion Wombourne managed to reach double figures. The pattern was set early by Javier Bello who served seven points in a row to take his side 11-2 up.
Richmond Docklands are rewarded with a trip to Sheffield in the quarter finals. Sheffield scraped past Newcastle Staffs in five sets in the third round but by the end of January, Keith Trenam’s side will be stronger and provide a sterner test for Docklands.

Focus now returns to the Super8s with three big matches before Christmas. So far Richmond Docklands’ old rivals Malory have won two and lost one and it’s sure to be a titanic contest at Kingston Arena next Saturday.