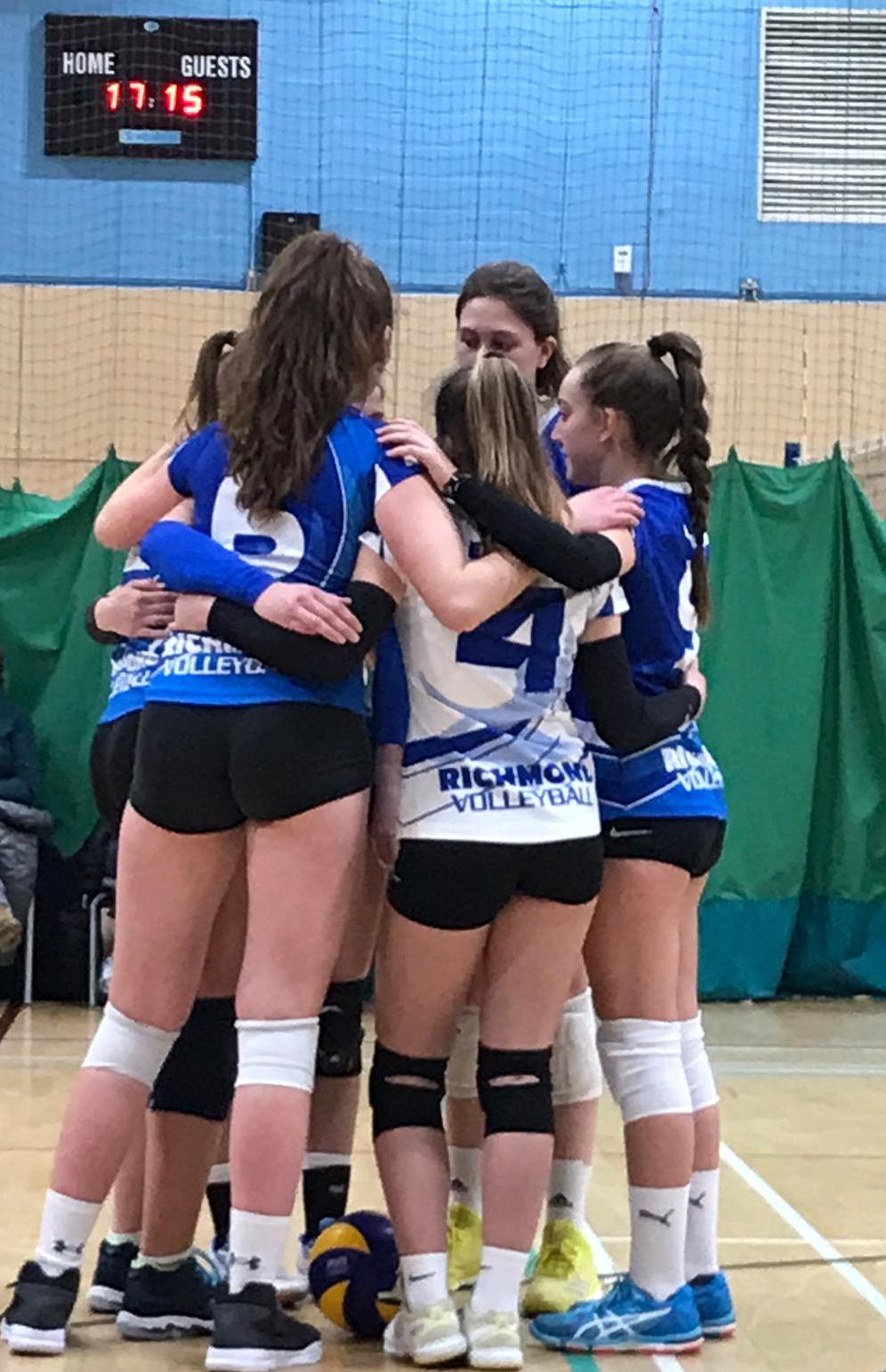 After a well deserved rest, the team started their very busy schedule with a double header last weekend.

Although the Saturday home game was vs Bristol, the bottom of the league, a long Christmas break meant that RVB needed to focus hard to get an upper hand to secure a 3-1 win. In the first set the strongest starting six did not manage to avoid unforced errors and showed rather lack of determination which resulted in losing 22-25.

In the following sets the start was slow but rotations work better with Katie Keefe moving to position 2 while Ilona Macdonald  taking care of the middle. In the fourth set a few new rotations were tested by the Coach. Some good serving by Lisa Canevari, good defence from Gledia Jonuzi and  spectacular defence by Lucy Knott closed the sets  in favour of Richmond at 25-22, 25-21 and 25-10.

Head Coach Giorgio Scatigna-Gianfagna “GSG” commented, ” It is always  difficult to come back after a long break and we worked hard during the week. The league is very difficult and I think we might need to keep on eye on set difference this year. Our team worked well and grounded the game. Little rusty… but nothing to worry about. Sometimes you need to get the 3 points  even if not in a pretty way”

Richmond sits in second position in the league table with one game in hand and 1 point behind the leader Oxford.

Sunday game vs London Onyx was a Shield 3rd round for a place in the Quarter Final. The team was in the lead every single set with a margin of 5 to 8 points. Combination of some very unusual passing mistakes and really unfavorable light conditions made it  difficult to close the sets. A sudden blackout  in the 4th set when the team was leading 8-1 saw the game suspended for 15 minutes, after which the team could not re-group and lost.

Coach Giorgio Scatigna-Gianfagna “GSG” commented ” After a long break playing 2 games in a row is not easy. I knew this was going to be a difficult weekend. Credit to Onyx – they played well, aggressive and some very good powerfully plays.We were hot and cold and really were not able to close the sets. Very disappointed but now we need to re-group and work hard in the league and continue to build  on the good work done so far and focus the energy to push for a promotion.This loss is a drastic reality check that we have a lot of work still to be done!”