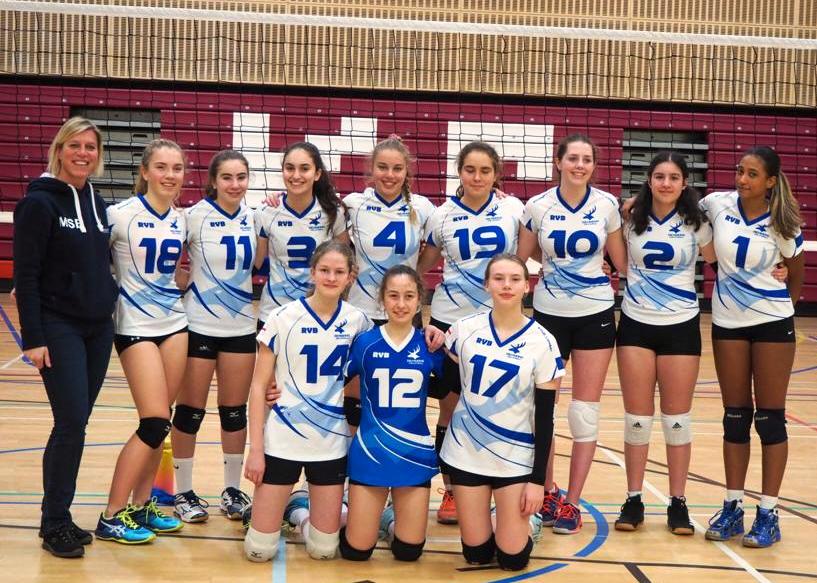 It might have been storm Ciara that was threatening travel disruptions last Sunday but it was Herts VC storming ahead that destroyed Richmond  NVL first team  1:3.

At home Richmond Ladies in London League did not have luck either against the league leaders Flaming SIx Llamas 1:3.

While a fledgling RVB team in Surrey League asserted their authority on the league veterans BA Jets with the 3:0 win.

Having played Herts VC only a week ago at home RVB National DIv1 team was on the road to pay a return visit to North London.

With memories still fresh after the last week success at home  and knowing exactly what to do and what not to do, Richmond team regrettably never got into the game and just too many mistakes.

Even some incredible saves by Libero Beth could not smooth uncharacteristically poor performance of the rest of the team.

Coach Giorgio Scatigna-Gianfagna “GSG” commented ” Today was just an off day in the office. Very little worked for us.  We have never got going. This is probably the right moment in the season to lose our second game in the season. We can re-group, reflect on this game but not for too long, and move on to the next one. We  still have 8 games and the next one is in Birmingham on the 22 February. Back to training on Tuesday and move on! With London Orcas losing another game now it  is going towards a 3 horse race for Super League promotion and play off.”

Meanwhile at home at Kingston Arena in the London League match vs Flaming Six Llamas Richmond Ladies conceded 3 points to the visitors.

RVB hoped to get some payback for the first devastating encounter with the current leaders of the league table but it was not to. The slow start and lack of energy on court saw the hosts 1:0 down in no time. In the second set the team started getting into the rhythm and improved passing gave more options for the attacks but lost 14-21. The third set was “now or never” and it was there and then that Richmond Ladies gave their delighted supporters a glimpse of what potential they have turning the tables and taking the set 21-13. Unfortunately the momentum did not last  and after changing sides RVB found itself trailing behind and could not get out of the chasing mode.

Coach Vera Kenyon commented: ” Llamas are leaders of the division for a reason. They showed a well organised game and put a real pressure on us from the start with the strong serves. After the first set, our team started delivering the ball to the setter, communication improved and the team started to work together. Unfortunately, it did not last to take us to the five-setter but it definitely highlighted the areas to work on”.

And there was another match to follow last Sunday at Arena-  a Surrey League match where the young mostly u15 junior Richmond team was taking on league veteran BA Jets.

The match was a spectacular display of the skills of the rising stars of Richmond Volleyball.They took a lead from the start and never slowed down until the 3:0 was in the bag.

Coach Marjana Erminio commented: “I am proud of the girls. They improve with every game and build confidence and experience in a proper adult league.”