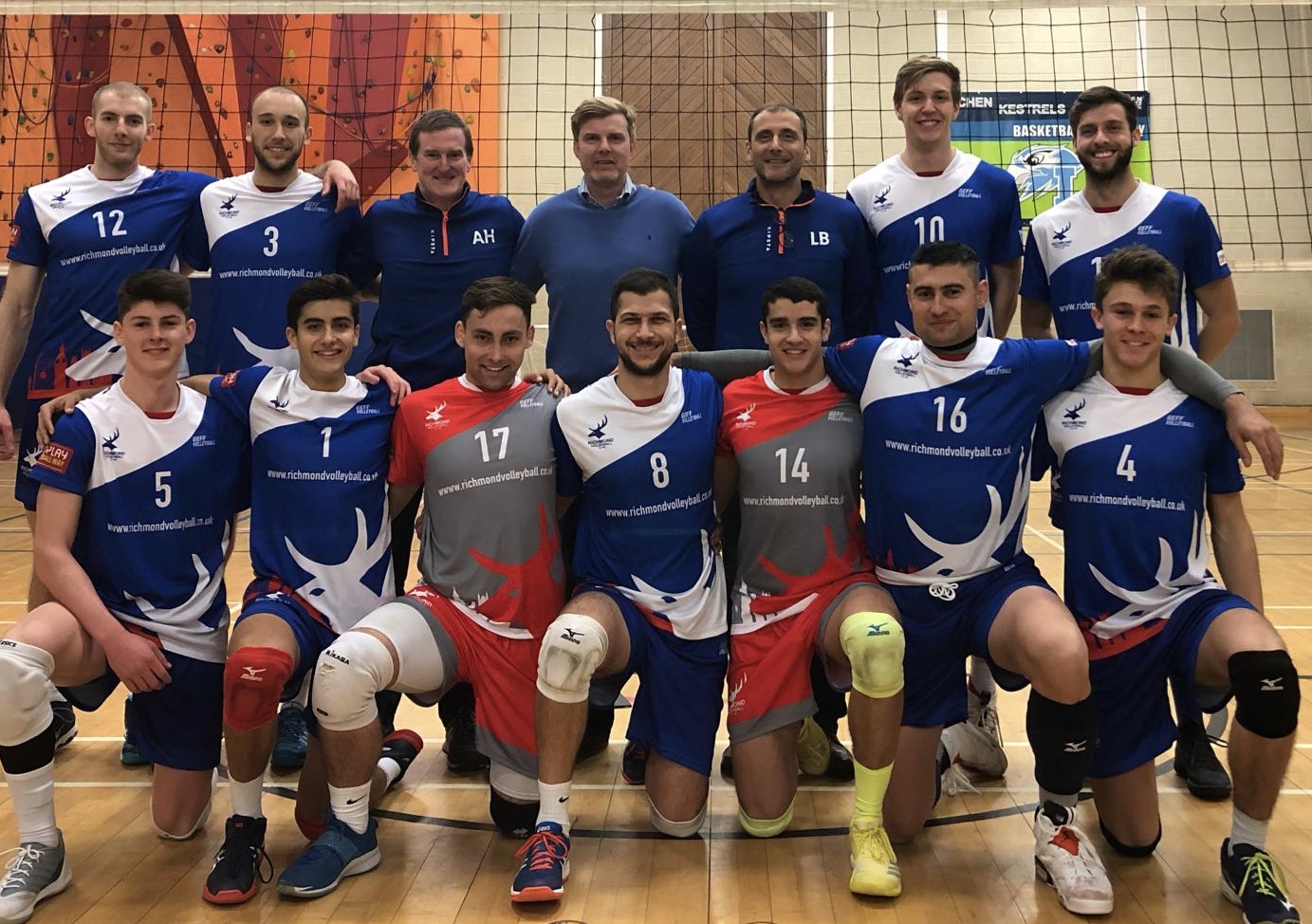 Richmond Docklands have secured their third Super League win in a row against bottom placed Southampton.  So far this season the team from the south coast had only won one set in the Super League so Luis Bello’s side started the game as favourites.

But Southampton provided stubborn resistance at the start of the match.  Richmond Docklands’ passing unit were struggling to adapt to the temperature and ball flight so the service to Javier Bello was inconsistent and his side’s offence subsequently lacked rhythm.  Southampton were ahead by 1-2 points for most of the first set and at 22-19 up were seemingly in control.  However, Javier Bello had other ideas and his service pressure turned the tables to help Docklands lead 23-22. Neutral observers would have expected Richmond to close out the set but some uncharacteristic hesitancy in the backcourt gave Southampton a second chance and they took it with a 25-23 first set win.

Richmond managed to adapt to the conditions in sets two and three, taking an early lead in each set and controlling play with some ruthless net play.  Captain Panos Karagiannis was leading from the front again ably supported by Jonathan Anderson and Vuk Kosanovic. Richmond Docklands took a 2-1 lead with 25-14 and 25-12 set wins.

At 10-7 up in set four it looked as though everything was rosy in the world of Richmond Docklands.  But a run of probing serves by Cristian Dobranszki put Docklands on the back foot and helped take Southampton 13-10 ahead.  The home side did enough to maintain their lead forcing Luis Bello to call his second time out 21-19 down. The delay helped Docklands compose themselves for one final push and Southampton had no response.  Anderson sent over a series of quality serves and Docklands block and defence frustrated the Southampton attackers.  Richmond Docklands scored six unanswered points to seal the match with a 25-21 fourth set win.

The lost set may prove crucial in deciding the positions when it comes to splitting the league after Christmas but if Richmond Docklands keep on winning they still control their own destiny.  They next face old rivals Malory Eagles UEL in a must win game at Kingston Arena on Sunday 2nd December at 14:00