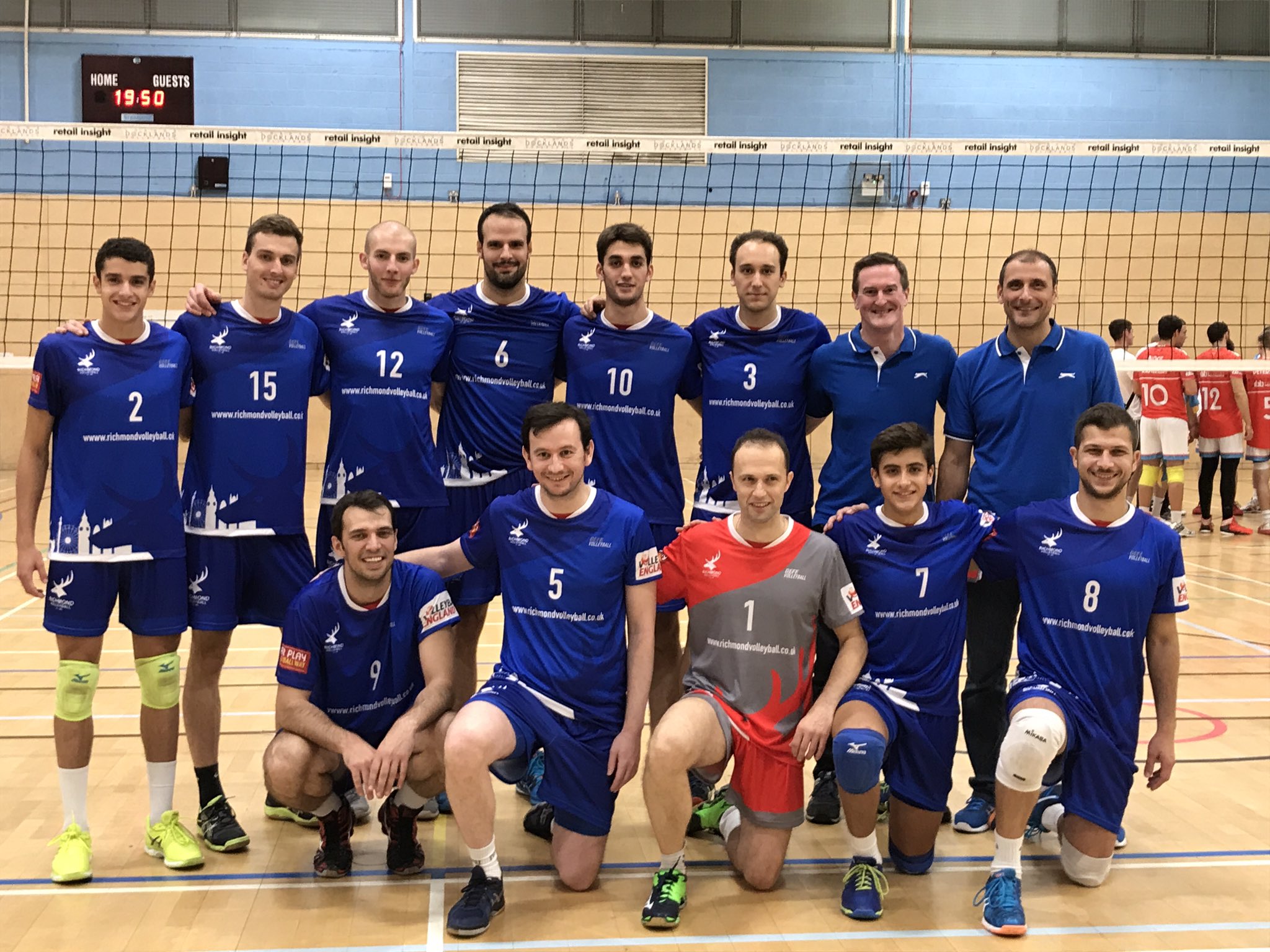 With a landmark victory to open the Super8s season over reigning champions IBB Polonia under their belts, Richmond Docklands made it back-to-back debut victories with a three-set victory over Manchester Marvels 2 on Saturday in the Cup.

Shorn of both members of the coaching staff, Luis Bello and Andy Hopper, Richmond Docklands travelled north with a depleted roster of able bodied players too.

Just seven names made it onto the team sheet after calendar clashes, and a few minor injuries were picked up during mid-week training. Yet ‘Bello’s Boys’, under the temporary stewardship of the vastly experienced Matteo Veggian – who also excelled on the day at Libero – made it two wins from two with a comfortable 25-9, 25-15, 25-7 victory.

Belgian phenom Julian Marcon, who top scored in the match while playing as an opposite, hailed the professional nature of the team performance: “These early cup rounds can be very tricky, so I’m pleased to come away with safe passage to the next round.

“Although we were small in number today, the squad really focused on their jobs and turned in one of the more professional performances I can remember. London Docklands suffered a somewhat embarrassing reverse at this stage of the competition last year, so that was more than enough motivation for us to ensure it didn’t happen again.”

Richmond Docklands will return to cup competition on 11 November when they host Wombourne VC at Kingston Arena Sports Centre. The winner will go straight into the quarterfinals and be just a few victories away from glory.

Bello’s boys next take to the court in Super8s play this weekend against Team BU Wessex in Bournemouth.