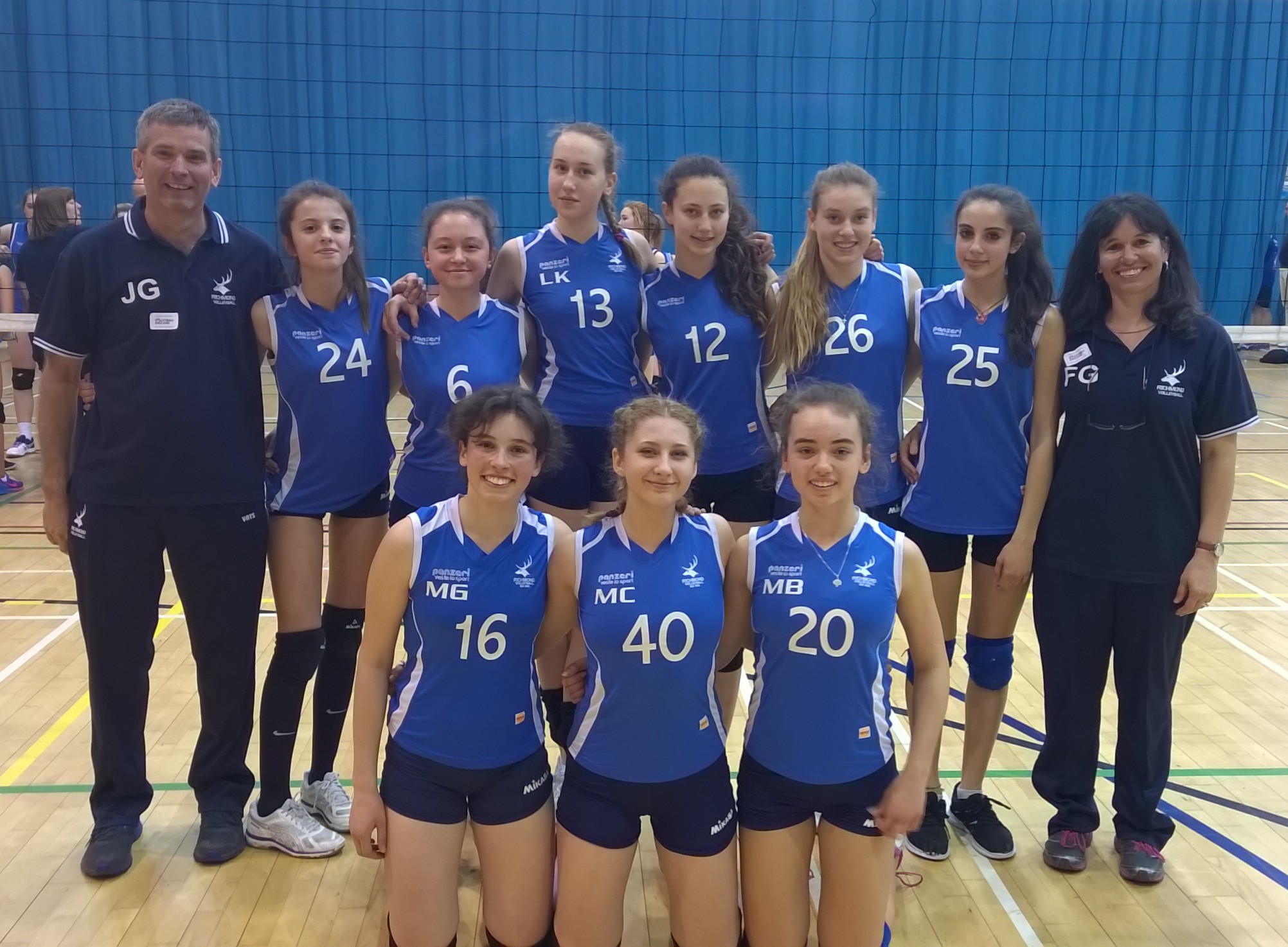 Coming top of their group, they progressed to the Semi-Final to play the second placed team Tameside (Manchester) and won 2-0 setting up a National Final versus Academy of Beach Sports who won the other Semi-Final against Black Country. The National Finals will be held at National Volleyball Centre, Kettering on 29th March 2015.

This is a great achievement of the dedicated Richmond Volleyball Centre of Excellence that aims to inspire juniors to play volleyball and excel to elite level.  We congratulate all the players and coaches with this excellent result and thank all the parents and our training venues for their continuous support.

Good luck in the Final!