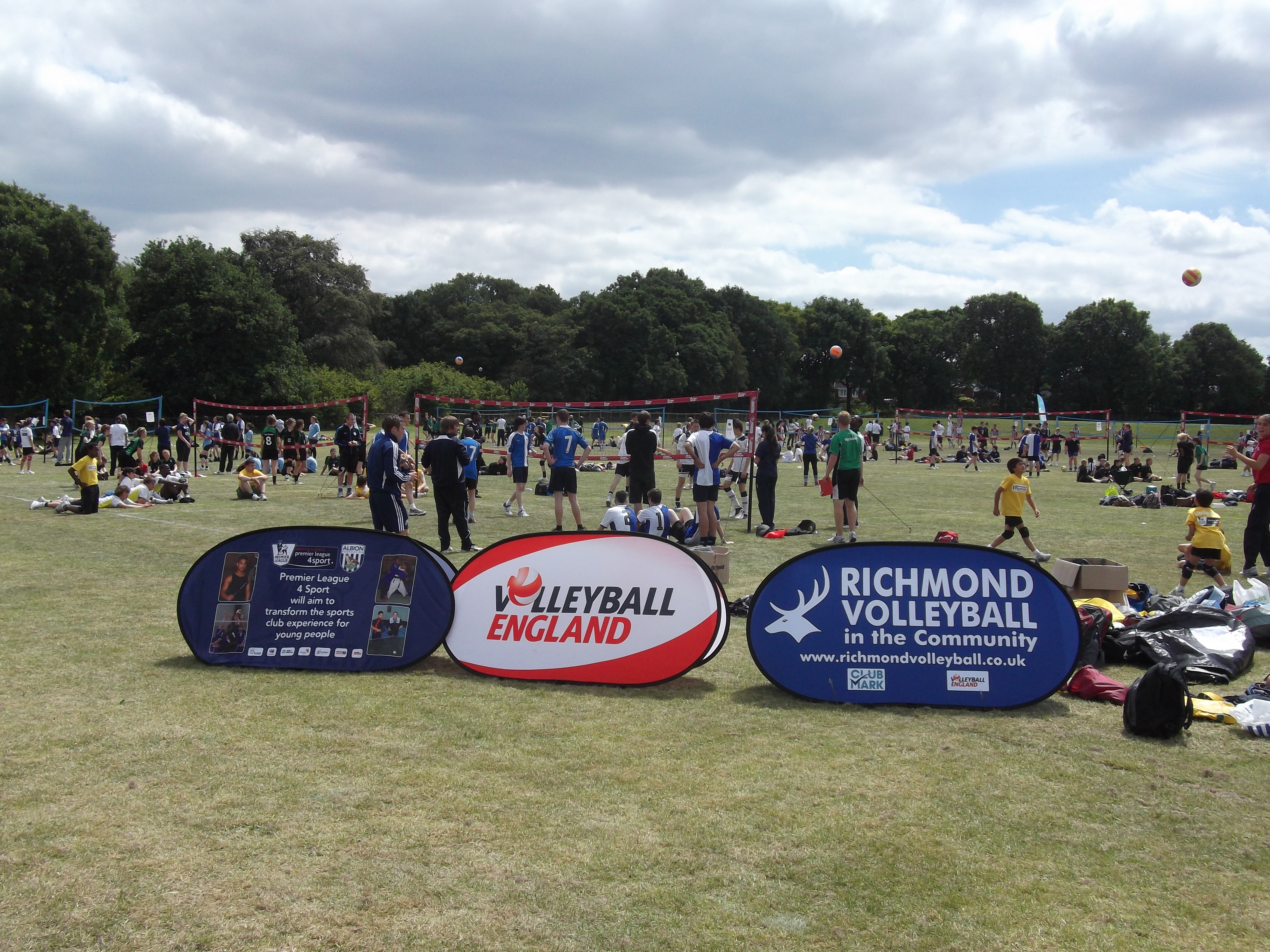 In glorious sunshine 225 young competitors from all over London and Surrey schools came to Grey Court School (Richmond) last Thursday and contributed to the success of the 3rd Richmond Volleyball JuVo for Schools Tournament.

Richmond Volleyball growing reputation across London and Surrey schools attracted a very impressive number of 45 team entries (16 courts) making the day to be a huge success.

The tournament was supported by 6 young leaders from RVB, who were instrumental in the running of the event throughout the afternoon.The tournament included an U11, U13 & U15 age groups matches for both boys and girls. There were some great matches and the standard of volleyball was very impressive.

It was clear to see how much the young people had progressed attending their regular school volleyball clubs and RVB satellite clubs.

T-shirts and medals were presented to the winners and medals to runners up for both the boys and girls competitions. RVB would like to thank everyone for making this tournament a great success and has hopefully inspired all the young people to continue playing volleyball and hopefully recruit more young people to the sport.”We look forward to welcoming back all participants and seeing many new team entries for 2015.