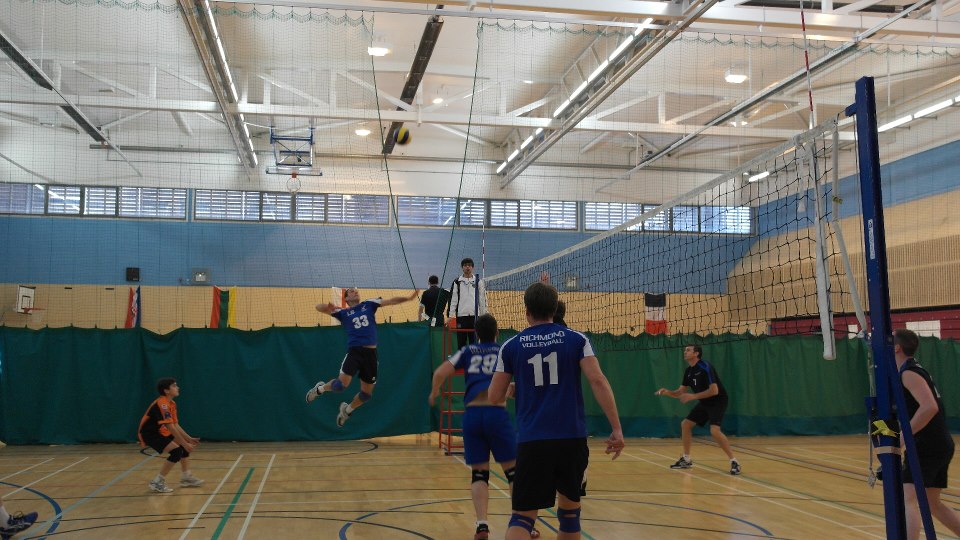 The second half of South London Volleyball League season played indoors at Richmond College, Twickenham (central venue) gets under again with 35 teams on Monday 6th January with two mixed divisions, on Tuesday 7th January a premier men’s league and a premier women’s league and on Saturday 11th January a junior boys league. How are the league contenders shaping up so far?

In the Women’s Premier Division (3 teams) Pin-Lon Spikers (won 4 & lost 0) have yet to loss a match and are heading the table. The battle is for 2nd place between Richmond Firebirds and Teddington VC (won 1 and lost 3). Women’s Finals to be in March.

In the Mixed Division 1 (7 teams) there are three teams battling out for the league title with 1st Pin Lon Spikers (won 7 and lost 3), 2nd Richmond Antlers (won 5 and lost 5) and 3rd Kingston Red Lions (won 6 and lost 0). The Red-Lions have played 4 games fewer than the teams immediately above them so they will hope to climb to the top of the table with their games in hand.

To view all league tables go to:
http://www.richmondvolleyball.co.uk/south-london-volleyball-league