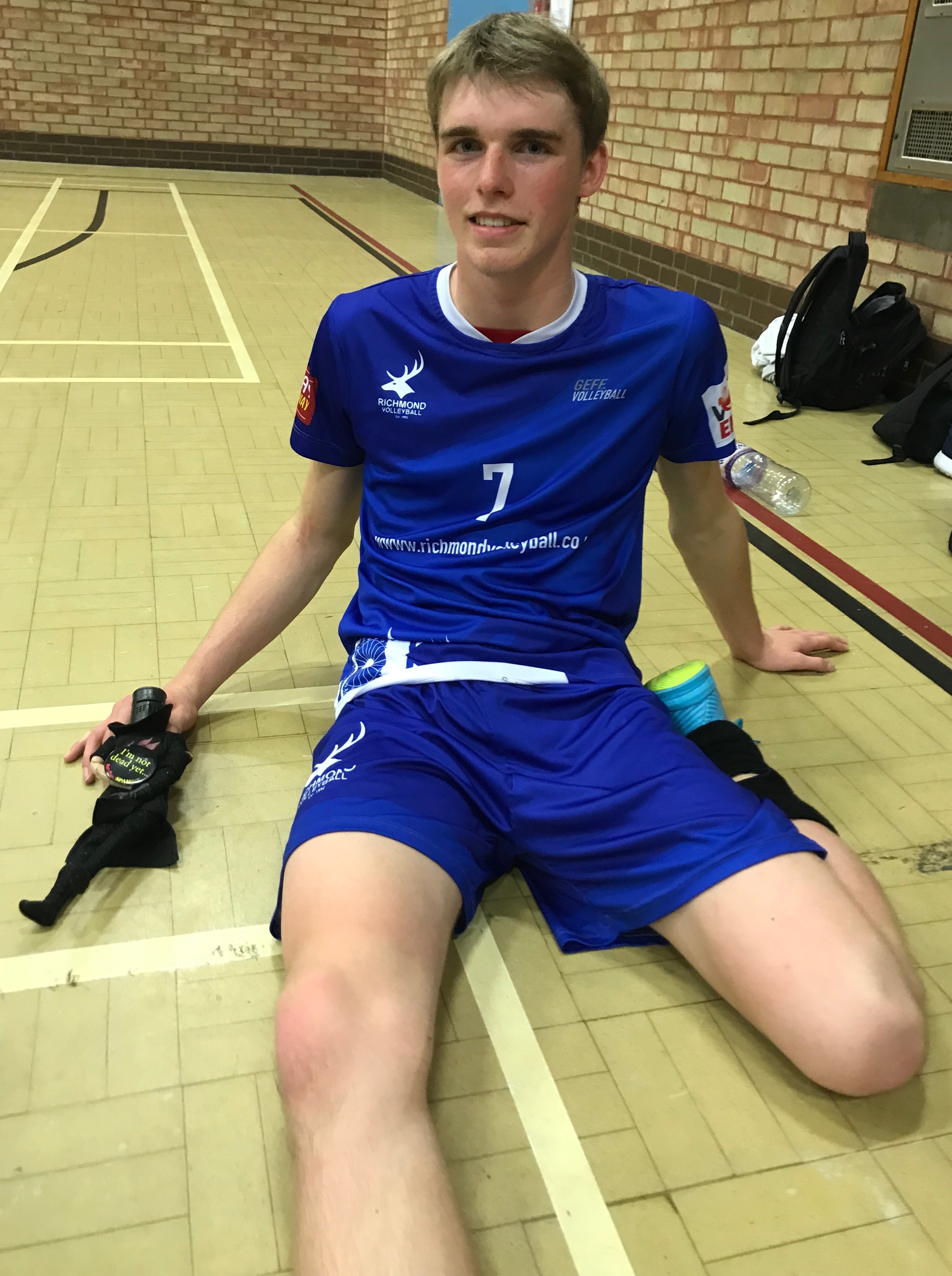 Richmond Docklands travelled to Newmarket for the VE Cup second round match and returned with a resounding victory.  The squad was significantly depleted due to the Bello brothers participating in the Youth Olympic Games in Argentina, whilst nine club players were called to the England junior training camp.  The team battled through heavy traffic and pouring rain to barely make it in time for the warm up.

Putting the challenges of getting the team to the venue behind them, Richmond Docklands capitalised on their superior individual skills and team dynamics to keep the hosts below 18 points in all three sets and qualify for the third round of the Cup where we will play Manchester Marvels at home on 10th November.

Strong serving from Marcin Konpa and Panos Karagiannis, powerful hitting from Vuk Kosanovic and blocking from James Scott in his first official game for Richmond Docklands, along with steady setting from Anton Kornilov and a stable performance of the passing unit contributed to Richmond’s success in this game.

However, the real star of Richmond Docklands was 17-year old Joseph Farren.  In his first game for the senior squad he looked in his element among the experienced players delivering prolonged service runs, killing the ball through position four and contributing to the team’s stable passing.  Farren deservedly received the Black Knight award for RD’s man of the match. 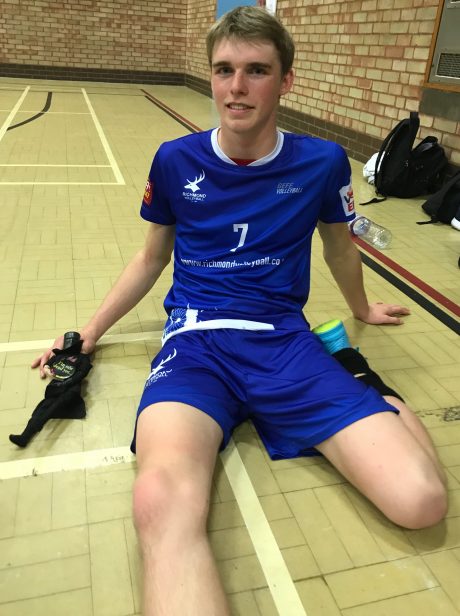 Joseph Farren cooling down with the Black Knight