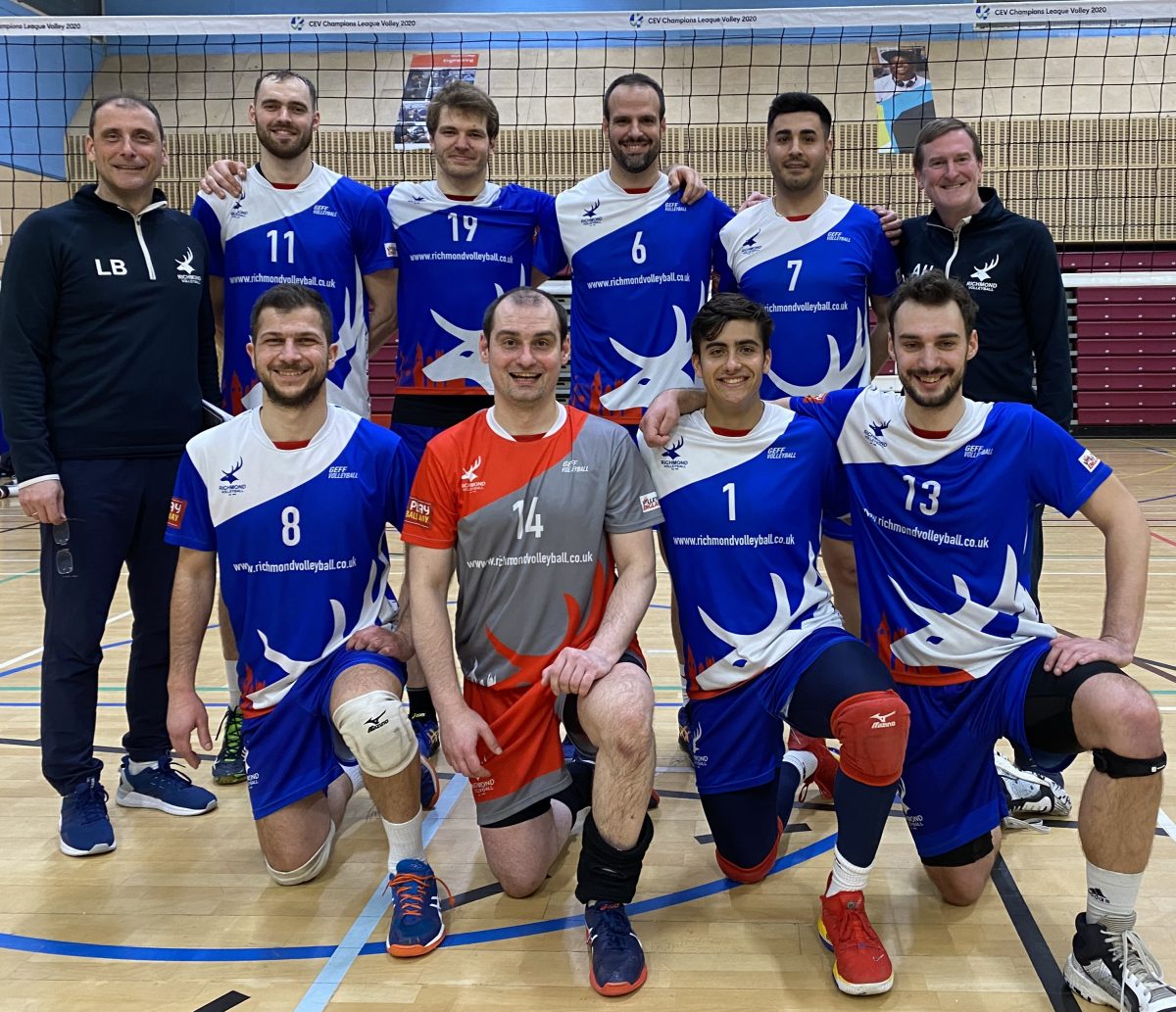 Richmond Docklands secured their first Super League win of 2020 with an impressive 3-0 victory over old rivals Malory Eagles.  This was the 48th Docklands/Malory fixture and a timely three points for Luis Bello’s team.

The coronavirus meant that both squads were down to just eight players but each side could still call on a strong core to keep the level high.  Richmond welcomed back Javier Bello who made a seamless transition back to indoor volleyball after training for three months on the sand.  He was able to reconnect with all his hitters and was also a constant threat at the net.

Sets one and two were won comfortably by Docklands (17 and 20) but the third set was a much closer affair.  Richmond survived two set points with Cristian Petcu coming up with the goods to spoil Malory’s chance to get back into the match.  And it was Petcu who produced the final kill to seal a 27-25 third set win.

Given the current situation, the likelihood of Richmond’s final three fixtures being played is uncertain but if they can perform like this they will a threat to anyone.

This website uses cookies to improve your experience. We'll assume you're ok with this, but you can opt-out if you wish.Accept Read More
Cookies Policy
Necessary Always Enabled
Join Reserve List We will inform you when the product arrives in stock. Just leave your valid email address below.