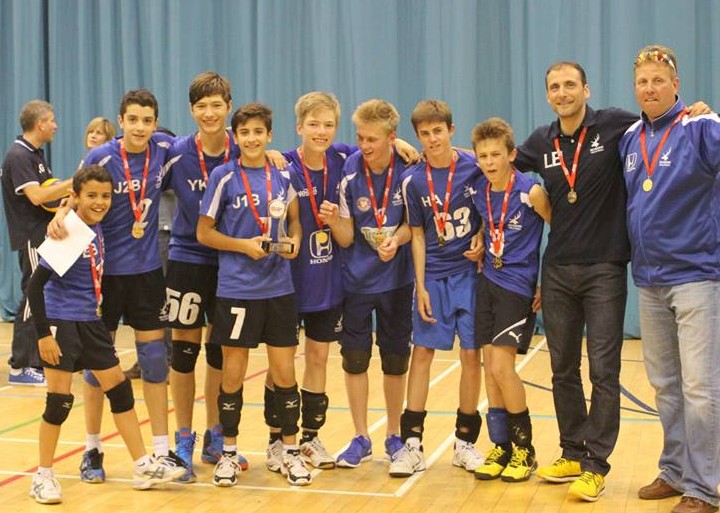 On Saturday 23rd March, the National Volleyball Centre, Kettering played host to the U15 Last 6s National Finals and Richmond VB boys won the medal they hoped for winning all their matches 2-0 against England’s best.

From six teams (two groups of three teams), RVB u15 Boys finished top in their group winning 2-0 v’s Boswells School B 2-0 v’s New Forest 2-0) and progressed to the semi-finals by winning 2-0 against Ernest Bevin College Greenhouse and then RVB won 2-0 against Boswells School A in the Final and walked away with their first national junior gold medal in their indoor club history. MVP: Javier Bello (Richmond VB)

RVB Girls didn’t win the medal they hoped for but they were proud to get one in the end. From six teams (two groups of three teams), RVB u15 Girls finished second in their group (2-0 win v’s Redhill A & lost 2-1 v’s Tameside) and progressed to the semi-finals by losing against Beach Academy 2-1.

This is a great achievement to Richmond Volleyball Centre of Junior Excellence showing lots of dedication and enthusiasm to inspire juniors to play volleyball and excel to elite level. On behalf of RVB we would like to say a big thank you to all the players, coaches, team coordinators, parents, volunteers & community partners who has contributed to our club success over this past season, and we look forward to another successful and exciting program for next season.