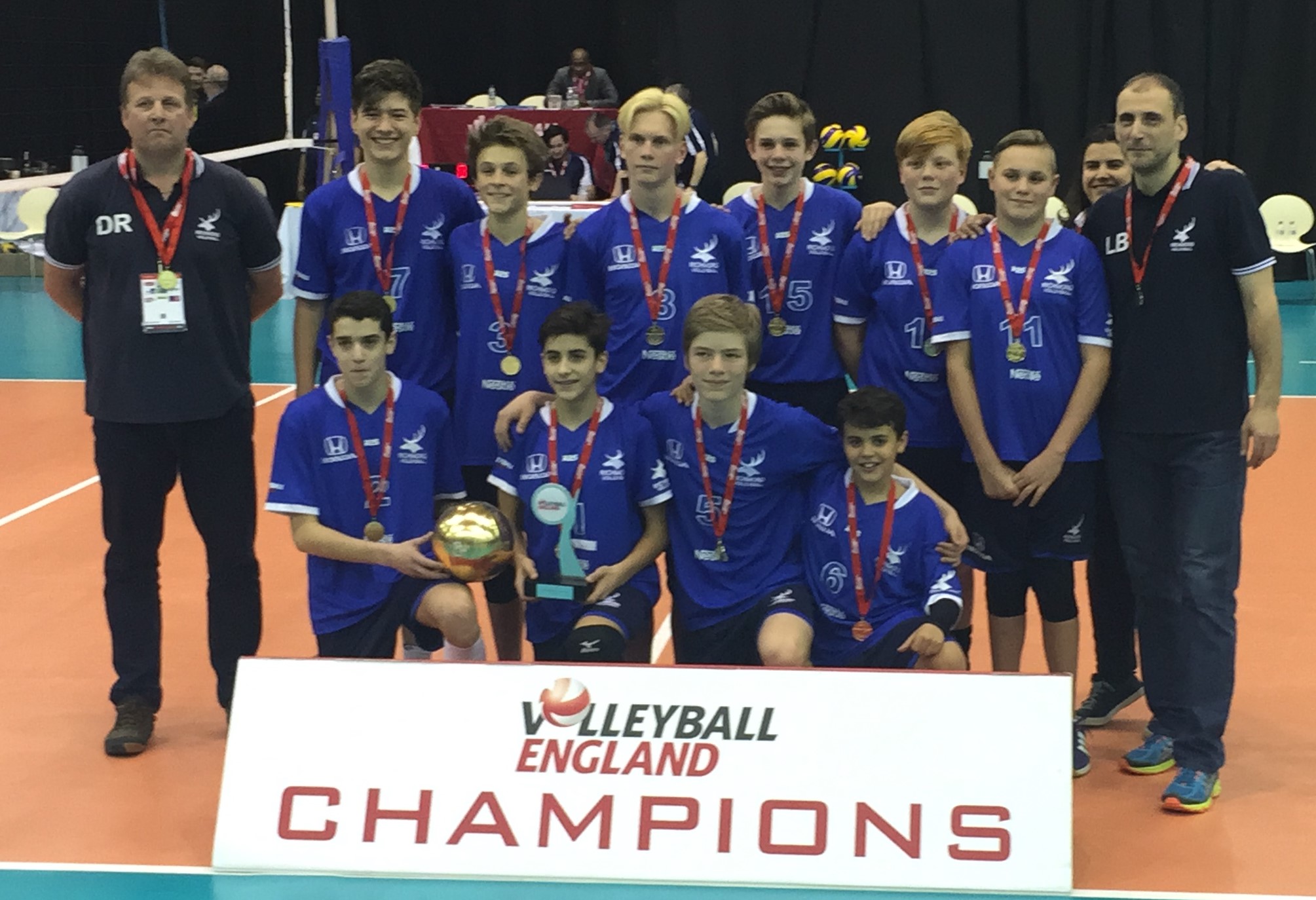 RVB would like to say a special thank you to all the players, coaches, team coordinators, parents, volunteers & community partners who has contributed to our indoor club success over this past season, and we look forward to working with you all again for next season. We can’t do this without you!

Recognised as one of top three junior clubs in the country we’re now working towards becoming one of six Volleyball England Regional “AASE” Academies.

RVB announce 2016 AASE Talent Programme partnering with Loughborough College and Volleyball England
In partnership with Loughborough College and Volleyball England, Richmond VB launched in Easter 2016 the “AASE” programme for u16 to u19 talented volleyball players furthering our credentials as the Junior Volleyball Centre of Excellence for SW London & Surrey. The Advanced Apprenticeship in Sporting Excellence (AASE) is a nationally recognized Level 3 NVQ qualification (worth up to 85 UCAS points). We will be looking to recruit new students in September

On top of that three RVB players (Javier Bello, Joaquin Bello & Martha Bullen) were selected to represent u17 England Cadets at NEVZA (beach) travelling to Norway in April, although the competition was postponed and we’re still not sure when/if it will take place. NEVZA is a competition for northern European nations, which consists of Norway, Sweden, Finland, Denmark, Iceland, Faroe Islands, England and Greenland.

Thank you again and the indoor programme will restart in September! Now for the beach volleyball.