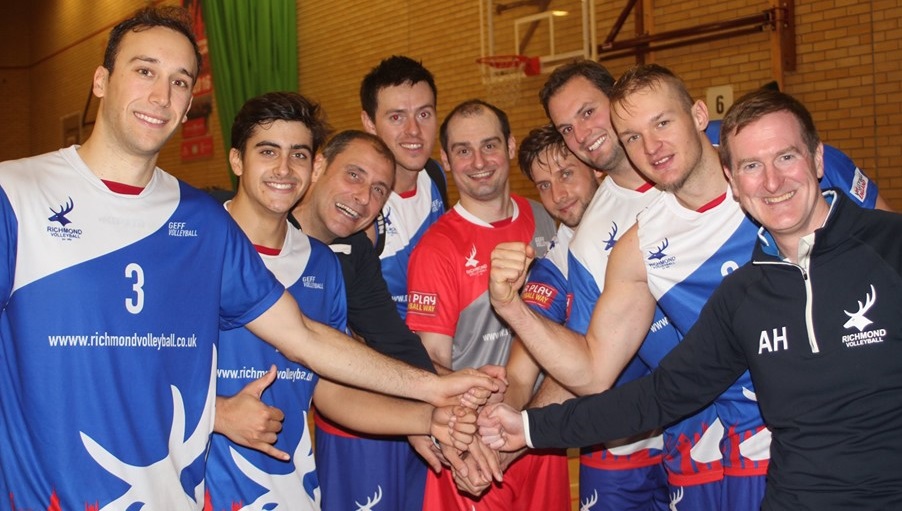 For the second Saturday in a row Richmond Docklands travelled to Essex and returned to west London with two points after a hard fought five-set victory.  This weekend they faced newly promoted Tendring at the University of Essex.

A much changed squad saw coach Luis Bello give Super League debuts to Tom Ridge and new signing Rob Nicholson.  Both had a tough battle with Tendring’s strong middle blockers in a pulsating and lively match.  The first two sets both finished 30-28 with one set going to each side.

In set three, Tendring managed to take another tight set 25-23 before Richmond recovered to tie the match 2-2 with a 25-22 fourth set win.

A strong run of serves by Dorian Pionc helped Richmond take a 5-1 lead in set five and the visitors changed ends 8-5 up.  However, Tendring managed to turn it around and took a 9-8 lead.  The scores remained tight until Tendring were penalised for their second time delay with a red card when the score was 15-15.  Richmond took advantage to take the set 18-16 on their third match point. 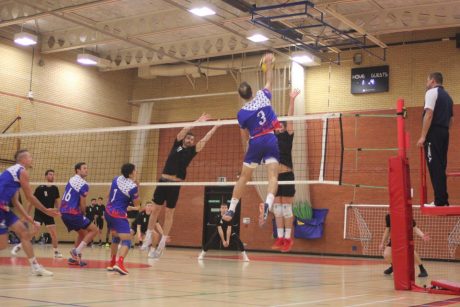 That was Richmond Docklands’ fourth away Super League match in a row and Bello’s team now have five consecutive home matches at Kingston Arena.  They start with a double header weekend on 2nd/3rd November against champions Polonia on Saturday followed by Newcastle Staffs on Sunday. 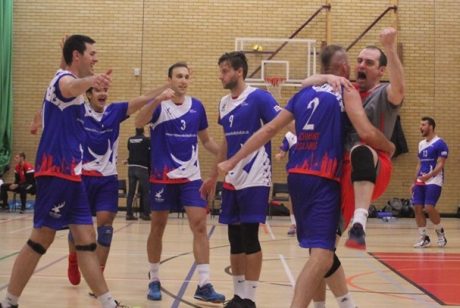 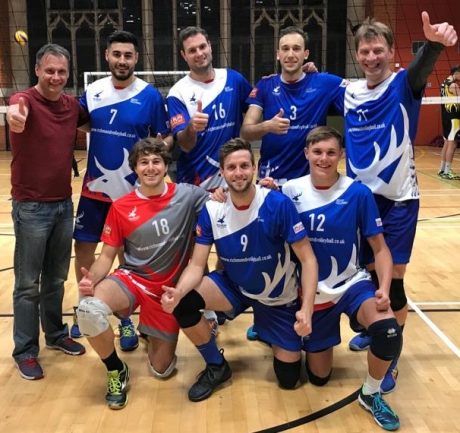