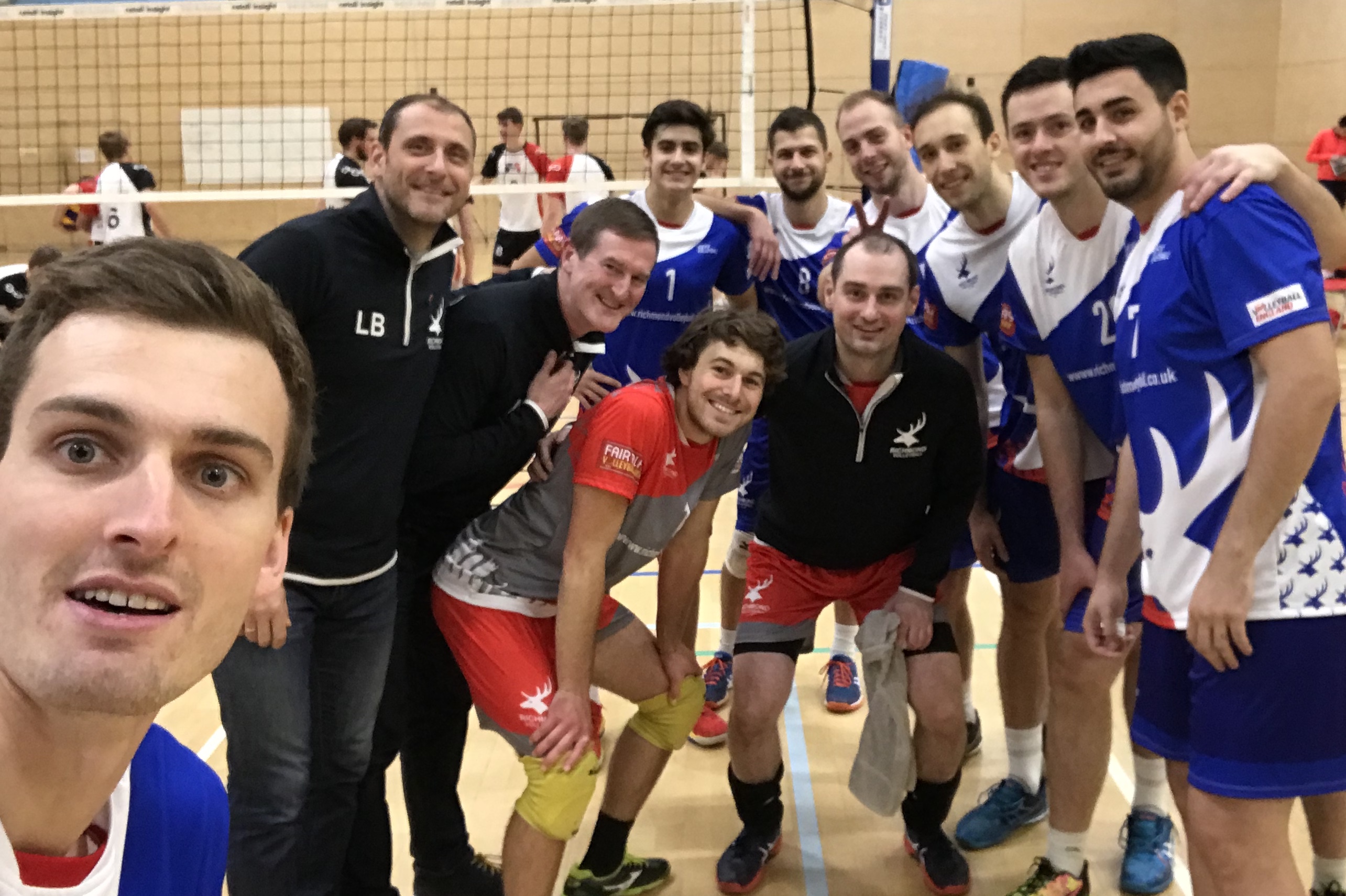 Richmond Docklands progressed to the quarter finals of the KO Cup with a comfortable 3-0 win over Black Country.  Richmond next face Wessex in January in a repeat of last season’s last 8s tie.

The result was never really in doubt but at 20-20 in the first set, Black Country had deservedly given themselves a chance of causing an upset.  However, two consecutive aces by David Fajkus put Docklands back in control and they sealed the first set 25-21.

Set two was all Richmond.  They led 16-7 at the second technical time-out and with the help of service runs by Panos Karagiannis and Flavien Hias they relinquished just one more point before taking the second set.

Richmond were in control of set three all the way with Fajkus confidently running his offence.  Black Country couldn’t cope with the power of Javier Bello or the guile of Karagiannis and a block by Rob Nicholson closed out the set 25-18.

Richmond Docklands return to Super League action next Saturday with a home fixture against their quarter final opponents TeamBU Wessex at Kingston Arena at 16:30.