Vera commented, “This award is testament to all the hard work of our volunteers and athletes who make the largest volleyball club in England also one of the most successful.  I’m incredibly proud of everyone and what we’ve achieved this year.  We have some great plans for the future too so we hope to continue our successes in the years to come.”

As she presented Vera with the award Volleyball England Chief Executive Janet Inman said, “Richmond are a high performing club on and off court.  This club has over 300 members and has fostered a culture of excellence and inclusivity.  It competes at the highest level while maintaining grassroots volleyball for everyone, regardless of their ability, age or gender.”

The club has teams in the NVL, has fostered partnerships with the local community, displays excellent club governance and is a real beacon for junior volleyball.  In the last 12 months this club has won four golds and one silver out of six junior national tournaments.  Seventeen players from this club have been part of the England national talent pathway”.

The ceremony also included the presentation of the special Peter Wardale award.  This award is not given out every year and is saved for when an individual or group really deserve the recognition for their contribution to volleyball in this country.  And for the first time this year it was awarded to a group and we’re very pleased to say that Team Bello were deservedly given the award.  Barbara Echevarria collected the award on behalf of her family with the rest of the family away in Italy, Peru and Weymouth playing or commentating on volleyball, of course!  Well done Barbara, Luis, Enrique, Joaquin and Javier, everyone at the club are proud of you. 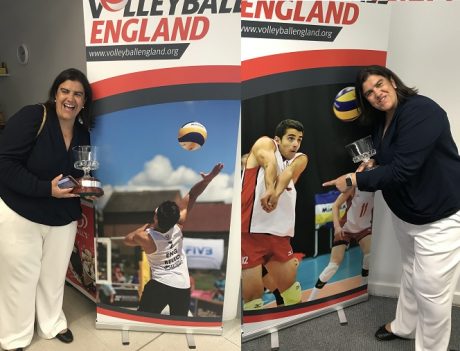 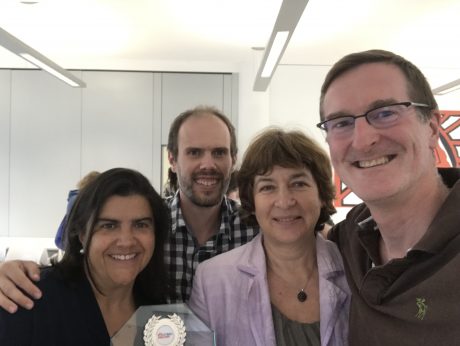