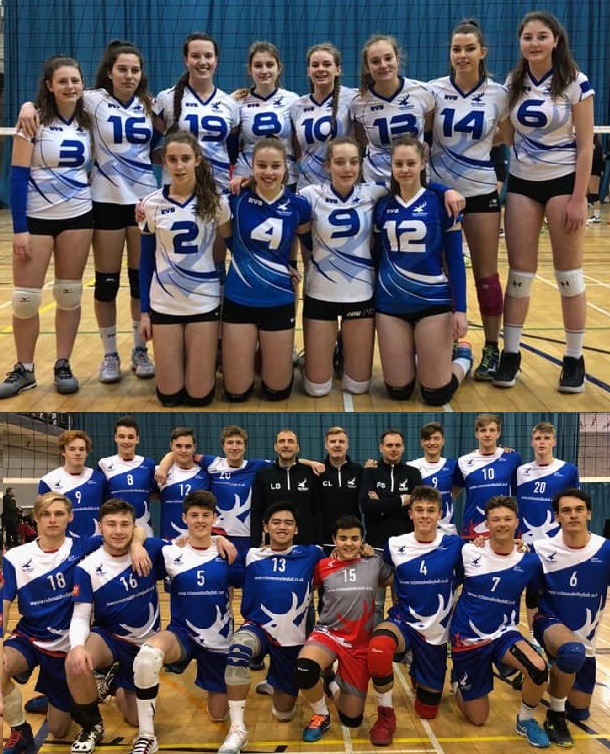 Last weekend was a great one for our Junior section with both our girls and boys under 18 sides reaching the National Finals in April.  They join our Under 16 girls who made it through earlier this month.

The last 8s were held in Kettering and a hectic day for all involved culminated in two 2-0 semi final victories.

The girls topped their pool after three wins and faced Boswells in the semi final.  After a tense first set, which Richmond finally took 30-28, the girls completed job by taking the second set 25-15.

They now face Tameside in the final back at Kettering on 27/28th April.

The boys won their pool, not dropping a set, and also took on Boswells in the semi final.  The guys made it look easy, winning 2-0 (22 and 13).  They will take on Wessex in the final.

Congrats to all involved and thanks to all the volunteers who made it all possible.