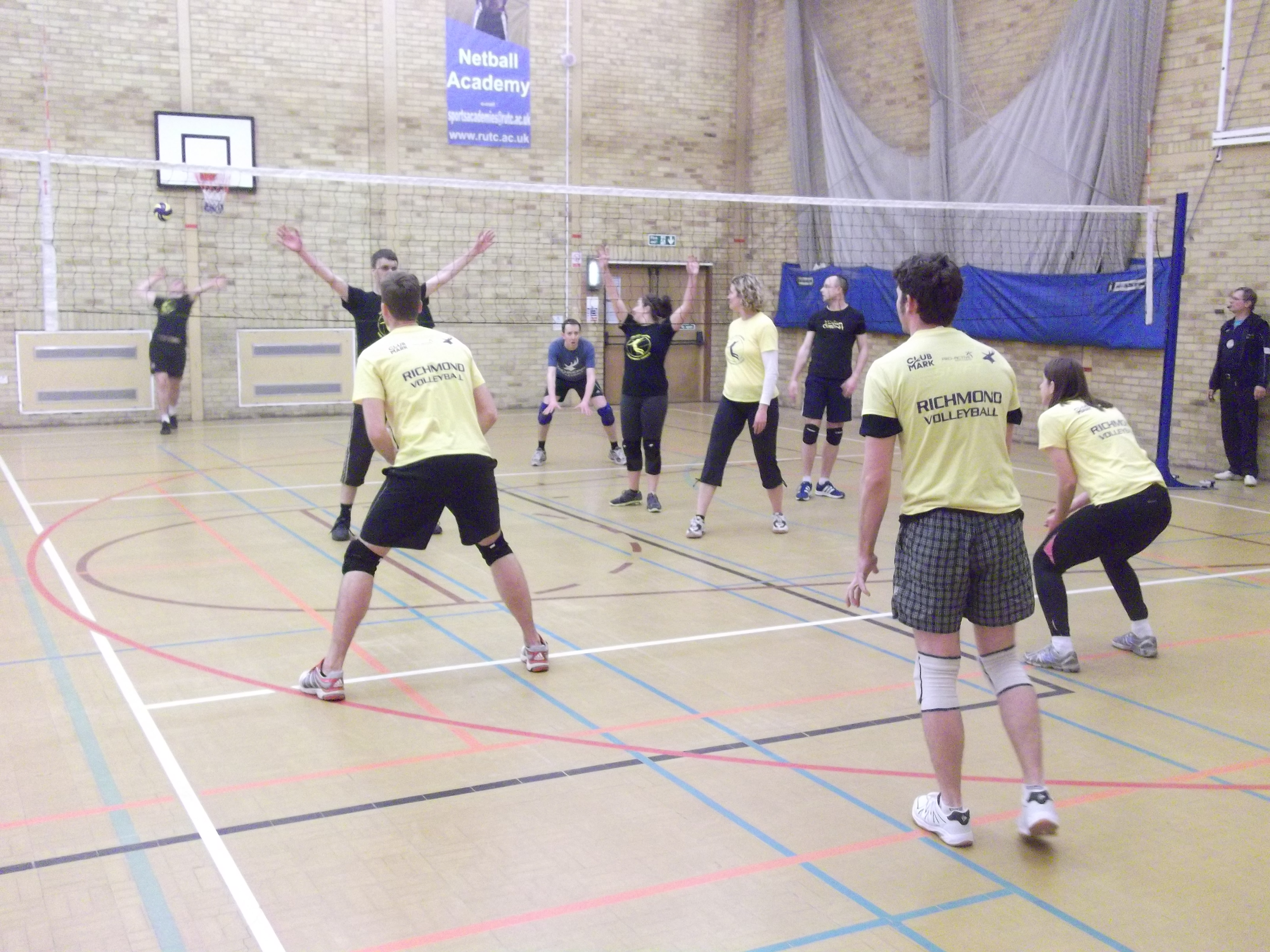 The South London Volleyball League gets back underway again starting next Monday, 30th September and Tuesday 1st October taking the league to 39 teams. All matches played on Monday and Tuesday evenings are held at Richmond College from 7-10 pm and Saturday afternoons junior matches are held at Hampton Boys School from 2-5 pm.

The league has been set up in response to growing local participation amongst adults and juniors through the vast amount of community events driven by Richmond Volleyball. The league is open to novice, intermediate and advanced players and offers fantastic value and a great social atmosphere.

RVB  would like to wish all returning and new teams the very best for the upcoming season.